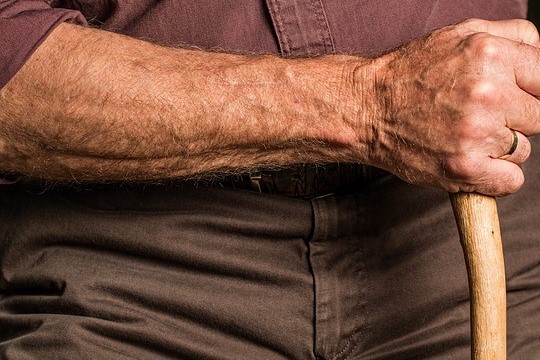 Many of you will be aware of the recent comments of a retired senior judge who warned of the lack of safeguards in the power of attorney system in England and Wales.

Denzil Lush condemned Lasting Powers of Attorney (LPAs) and has vowed to never sign one himself in a story, which made the front page of The Times and appeared on various other news outlets, including the BBC’s website earlier this month.

Law firms ruffled by this criticism of a legal document that many are actively promoting have taken to social media, blogs and legal forums to express their anger at Mr Lush’s comments, with many seeing it as a cynical ploy to gain some publicity for himself in the light of the publication of his new book.

As legal communications experts, who have helped promote the benefits of LPAs for clients, we think the best response to this view by Mr Lush is treat it with disdain.

The reason for this is two-fold.

Firstly, the story coming out in mid-August is at a time we in the media call, ‘silly season’. Generally, it’s a quiet news time, just like Christmas, when minds are elsewhere – generally on what to put in the suitcase.

The impact of stories of this kind in August is minor at a time of terrorist atrocities, Donald Trump and Brexit, so unless you have someone asking you specifically about your opinion, is there any need to further publicise Mr Lush’s name, opinion and damage a good service that you wish to recommend to clients?

Secondly, and this is the major point, despite solicitors being very aware of the purpose of Lasting Power of Attorneys (LPAs), the overwhelming knowledge of the public on the subject is low.

Much has to be done to promote LPAs and the awareness of this document is really only in its infancy in the public psyche.

Last year, almost 650,000 applications were made to register LPAs and there are 2.5m currently registered. It’s still a small percentage.

So, take the news story in your stride. As PR specialists and journalists, we were taught on our first day in training that: “bad news sells.”

Judge Lush and his controversial statement is a here today, gone tomorrow news story for a quiet news time.

He had warned LPAs can have a”devastating” effect on family relationships.Well the truth is, as many of you will be aware, that not having an LPA in place can have a devastating effect too.

The vast majority of people who draw up a Lasting Power of Attorney do so with trusted family members or friends, and certainly don’t take the decision lightly.

The lurid publicity of cases of misuse of LPAs, which of course do happen, distort the facts and reality in the same way that 24 hour news may make some people think they are going to get blown up by a terrorist at any minute, when there is a similar chance of them winning the lottery. The risk for both is incredibly small.

Judge Lush’s views are already fish and chip paper-for the sake of solicitors, it’s a view that should not be shared with clients, and if the story is referred to by the public, remember tell them “bad news sells” and extol the many benefits of LPAs.

Our advice is simple, LPAs are needed more now than ever before and will, we suspect, be even more sought after in the future.

If you wish to know more about how we help law firms promote their services, contact us on 01564 822861 or email info@nolanpr.co.uk